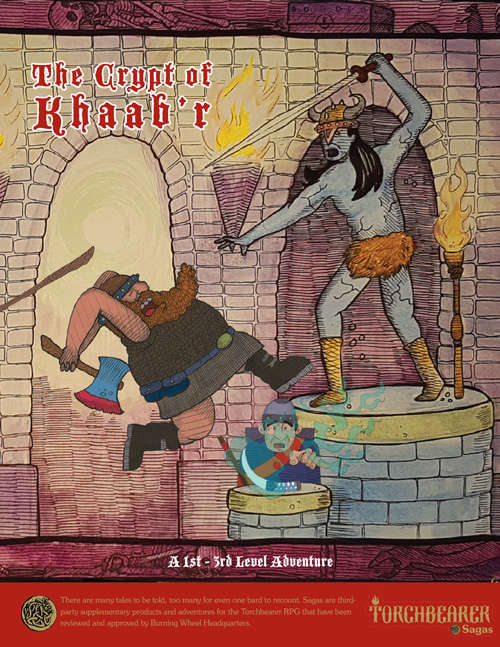 Centuries have passed. Khaab’r’s tribe has settled down, building a town on the shores of the great Khor’aat lake. Now foreigners arrive daily in Shaa Khor’aat—merchants and mercenaries alike—seeking their fortunes in this once remote trading post.

Ka’mara, the elderly King of the Khor’aat tribe and descendant of Khaab’r himself, has sent out a call to all willing adventurers in the town: retrieve Tiger’s Tooth and bring it to him, so that it may aid him as it did his storied ancestor. The locals believe Khaab’r’s tomb is cursed, and they fear the goblins that reside in the Canyon of Spirits. But outsiders, handy with wit and steel, may be right for the job.